Genetics, bionics or artificial intelligence, what will the future be made of? 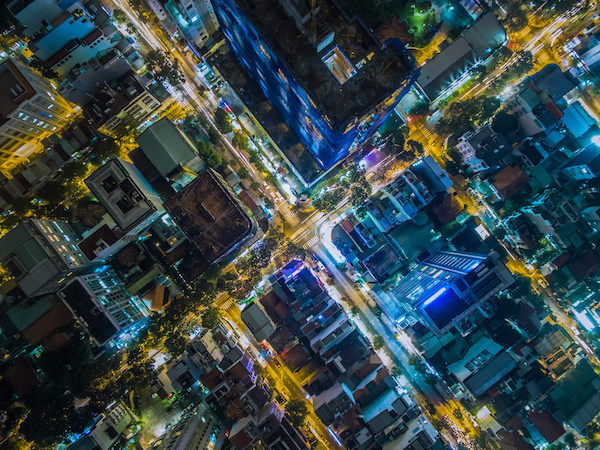 Near the end of his book Sapiens: A Brief History of Humankind (an interesting read, if you haven’t had the chance), Yuval Noah Harari briefly explores some options for the future of human evolution. He narrows it down to three scenarios, which do indeed encompass the major foreseeable alternatives. Specifically, he mentions the bionic, genetic and non-organic options. More than mere buzzwords, these three concepts are used to describe entire fields of human technological progress. To put it briefly, a bionic future would be one where humans merge with machines (think of robotic arms and chips in the brain), improving our bodies beyond biological limitations. A genetic future is one were humans are enhanced through the use of genetic engineering, endowing themselves with features worthy of gods (longer lives, sharper senses, and more). And the non-organic future, well, that one isn’t quite as nice for us. In fact, it has humans completely out of the picture—instead, new life forms (robots, software) learn to replicate and spread independently of their creators.

These three options could be seen as mutually exclusive—forces acting against each other, with the winner determining what the future will look like. In reality, I would argue that all three are components of a larger, cohesive narrative, one that has humans soaring high above all other life, breaking free from the shackles of natural evolution, colonising the solar system and why not the universe too, while we’re at it. So let’s take a look at why genetics, bionics and artificial intelligence are the three indispensable wheels in the great tricycle of human progress. That doesn’t sound very impressive, I know—but a tricycle is all we get.

All three areas are currently being pursued actively by researcher all over the world. Genetic engineering is undergoing a public image boom as advances such as CRISPR grab headlines across the world (you can read more about CRISPR here). Bionics and neuroprosthetics are similarly stroking the public's imagination with robotic hands that feel, and other futuristic inventions. And of course, artificial intelligence, and evolutionary algorithms (algorithms that can change over time, inspired by Darwinian evolution) are widely discussed and have far reaching implications, way beyond asking Siri to set a timer (read this for a take on the intelligence behind artificial intelligence).

Is any of these fields going to mature way before the others? Wouldn’t the premature success of one of these scenarios hinder the development of the others? These are extremely interesting questions. In fact, if scientist and engineers actually spoke about such things at lunch, I’m sure these enquiries would take center stage (center table?). But since they do not, the task befalls to us.

Artificial intelligence is among the chief components of the non-organic future. Because it does not involve humans directly in a medical sense and is not technically impacted by the laws of physics, this approach is likely to evolve faster than the other two. But that does not mean it's game over—the future will not automatically be non-organic. All of these technologies should not be seen as binary—artificial intelligence is not an all-or-nothing proposition, nor are bionics and genetics. Each of these futures will start happening progressively and in parallel. In fact all three have already begun. The advent of pervasive artificial intelligence does not preclude advances in genetics or bionics, if anything it encourages them. Each will provide only modest benefits at first, in the image of Siri for artificial intelligence, current (limited) robotic limbs for bionics and the first simple gene therapies for genetics. Then, as these technologies progress, their usefulness will likewise increase. Self driving cars, new cures for cancer and impressively life-like prosthetics—these are all around the corner of progress, along with much, much more.

I have argued that the only way we can avoid being overtaken and possibly marginalised by future super intelligent machines is by merging with them (you can read the article here). Thankfully, the power of bionics will enable us to interface our minds with computers. Genetics will initially play a supportive role, allowing our organic shells (aka bodies) to withstand the test of time longer. However, further into the future, genetics (with the help of synthetic biology) will allow us to develop organic bionics: seamless interfaces between the living and the artificial—where the very distinction between the two starts breaking down. Eventually, organic computer circuits and humans engineered to better interface themselves with machines will blur all lines.

Clearly then, these three driving forces for the future do not act against each other. In fact, they slowly converge to bring us towards a single goal: the human of the future. By taking advantage of the strengths of machines, and combining them with our own genetically improved bodies, we will create a new form of super humans, or Homo Deus, as Yuval Noah Harari likes to playfully call them. These future beings will be so vastly superior to us in every way, that we could not even begin to imagine what their dreams, thoughts and actions will be like.

Genetics, bionics and artificial intelligence—that is precisely how we will make the future.