A neuroscientist’s thoughts on Neuralink's announcement 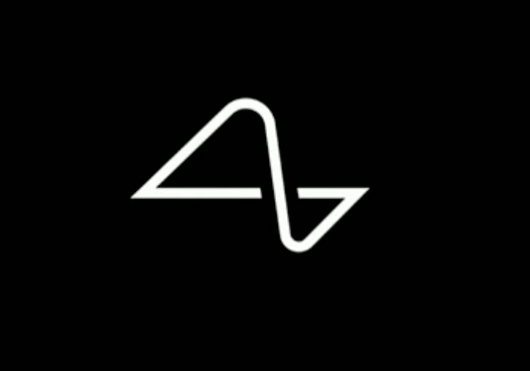 One of the most anticipated general public neurotech events of the year happened last Friday: Neuralink’s second yearly update. Although last week was a particularly eventful one for neuroscience, with major announcements from multiple key players in the field, Elon Musk commands a level of attention unlike anyone else (warranted or not). So today we’ll focus on Neuralink and the technology they unveiled.

The Neuralink system
The system Neuralink presented during Friday's event is an evolution of the system they unveiled a year ago. Instead of implanting a single array of rigid electrodes into the brain, as is more common, their system inserts individual threads using a device reminiscent of a sewing machine. Indeed, a significant share of their efforts has been geared towards building a medical robot (i.e. the sewing machine) capable of quickly and precisely inserting the soft and flexible electrode threads into the brain. Individual threads are then connected to a custom chip that filters and compresses the recorded neural data, before sending it out through a low energy Bluetooth connection to a smartphone. A single chip can connect to around fifty to a hundred threads, each with multiple independent contacts, for a total of a thousand individual recording (and stimulation) sites. One of the major changes in the newly unveiled “second generation” device is that the entire system fits inside a capsule about the diameter of a quarter dollar coin, albeit five times thicker (2.3cm in diameter and 0.8cm thick). This package is meant to replace the piece of skull removed during surgery. In other words, a coin-sized hole is drilled into the skull, the electrodes are inserted into the brain using a robotic sewing machine, and then the hole in the bone is plugged with the device rather than the removed piece of skull. This allows for an elegant implant with limited wiring and no transcutaneous connectors. Of note, the surgical robot has also been significantly streamlined and improved, presumably moving it closer to something that could be used in an operating room and on humans. However, details were scarce, making it hard to evaluate any of these changes accurately. The short version is that the technology was very much in line with what had been shown last year, only improved, as can be expected of a company iterating towards a commercial product.

A presentation light on details
After their presentation last year, Neuralink received considerable backlash from the scientific community for excessive hype and failing to recognise similar existing technologies. While hype was still available in spades this year, there was in my view an effort to somewhat scale down ambitions. For example, Neuralink’s mission was stated in much more concrete terms this year: "The purpose of Neuralink is to solve important brain and spine problems." While there had certainly been talk of neurological disorders last year too, they had been overshadowed by very aspirational and futuristic mission statements within the first 5 minutes of the talk, including the distant idea of healthy people using brain interfaces to "achieve a symbiosis with artificial intelligence”. These ideas still made it onto the stage this year, but only later in the event during the speculative part of the Q&A session. Similarly, engineering efforts have been refocused and concretised. Last year’s plan of implanting 4000 channels in their first human participant appears to have been scaled down to a single 1024 channel device. This brings them much closer to the roughly 250 channels currently implanted in human participants enrolled in research studies, including at the University of Pittsburgh where I currently work.

While some neuroscientists are allergic to the hype and the grandiose statements Elon Musk is known for, it’s important to remember that Neuralink isn’t a research lab—it's a Silicon Valley startup. Their event had over a hundred thousand live streamers (despite being the middle of the night in Europe), and the video has since amassed over 2 million views. That’s a big reach—this was no scientific conference talk. A startup’s CEO needs to straddle the line between realistic short term goals and an overarching mesmerising vision to recruit talent and raise money. It’s the same duality that leads to sharing images of towns on Mars (perhaps even with a human-made atmosphere) all while building the world’s most advanced rockets. In Neuralink’s case, there is the added ethical danger of presenting treatments that clearly won't exist for decades, raising false hopes in people afflicted by neurological disorders. However, by offering no explicit timelines or plans, Neuralink is making no promises, only engaging in long term speculation. The same way we can trust people not to sell their homes in preparation for a move to Mars, we should trust them not to take dramatic health decisions based on 20 minutes of sci-fi thought experiments and speculation.

Neuralink’s scientific and engineering merits ought to be judged on the systems it produces, not its storytelling. That is what I will try to do here. Since there is simply not enough information to make a thorough evaluation—educated guesses will have to do.

Neuralink’s strength is not science, it’s engineering
Despite the aforementioned lack of details, a few laudable achievements were on display at Friday's event. The biggest was a demonstration that Neuralink's new device (Neuralink’s Neuralink?) works in vivo (in pigs), and did so for two months. The ability to wirelessly stream from 1024 cortical channels in a freely behaving animal is a big step in the right direction and a demonstration of what money and a talented team can deliver. The same is true of another extremely well-funded neurotechnology startup: Kernel, as I discussed after their last announcement. In both cases, the real breakthrough is the ability to take existing prototypes from research labs and integrate them into a well designed and engineered product. The robot and implantable system Neuralink showcased are more polished than anything currently available, even if none of the individual ideas or components is completely novel. At the end of the day, execution is what matters. The history of technology is littered with examples of companies successfully combining existing ideas and prototypes into compelling products and popularising them (e.g. Apple’s first successful point and click user interface, which borrowed from Xerox's PARC in-house prototypes).

The biggest challenges still lie ahead
While the engineering progress is impressive, where Neuralink still needs to do some convincing is on the science. What we have seen so far is excellent execution of things we knew could be done (miniaturisation, wireless system, surgical robot, etc). The next steps for Neuralink will increasingly involve tackling unsolved scientific challenges, which are an entirely different flavour of problem. Science is much harder to rush, it's less amenable to a startup’s timeline. For instance, Neuralink currently uses thin-film based electrodes, which have yet to demonstrate long term viability in academic labs (where they are extensively studied and have been for some time). Thin films have interesting properties such as very small sizes, high mechanical flexibility, and well-established fabrication processes, which make them well suited for brain implants. But their long term stability remains a looming challenge. So far Neuralink has demonstrated their electrodes can work for 2 months in pigs. That’s a long shot from showing they can work for five or ten years in humans. As Matt Angle, the CEO of another high profile neurotech startup called Paradromics, recently put it: “if you want to test whether something can last 10 years, you really have to wait 10 years.”

The other big challenge is what to do with a thousand channels once they are implanted and stable. Many of the applications mentioned in the presentation are plausible and actively researched (e.g. stimulation of visual cortex to restore sight, stimulation of the somatosensory cortex to restore touch, etc). But each of these is an active area of research full of unanswered questions. Having a thousand channels instead of a few hundred will not significantly change the game. For instance, we know that electrically stimulating any of these sensory areas can elicit corresponding percepts (e.g. localised flashes of light when stimulating the visual cortex). But these sensations are often crude replicas of their natural counterparts, with limited spatial resolution, unnatural qualities and limited dynamic range. While one can extrapolate from these results and imagine a future where improved artificial sensations become practical and useful, it will take a lot more than increasing the number of available channels by one or even two orders of magnitude.

Talking only about stimulation is perhaps a little unfair, since it's the less advanced side of the neural interface coin. Recording information from the brain is much better understood, especially for motor areas, as illustrated by this study from the University of Pittsburgh where a brain implant is used to control a robot with 10 degrees of freedom. Neuralink's first demonstration will likely be to help a paralysed person control a computer with their mind, or perhaps even a robotic device of some kind (this second one is less likely because of the added complexity). Concretely, a system like this could allow the user to interact with a computer by controlling a cursor (i.e. point and click) and input text (either by using a virtual keyboard, or perhaps a more cutting-edge approach like the one I discussed in a recent post). On top of that, the user could control a few additional virtual “buttons”. In other words, the first Neuralink product could be a virtual brain-steered controller, with a joystick, three or four buttons and a speech to text feature. While these are all things that are done routinely in research labs (see for instance Nathan, who is part of a study at the University of Pittsburgh, playing Final Fantasy with his brain implant), providing this functionality in a simple, user-friendly, take-home device with a safe surgical procedure would likely be a useful product for severely paralysed people.

To conclude, Neuralink has integrated some of the best ideas and prototypes from academia into a very polished and elegant cortical implant solution—they’ve built a fine ship, probably the best ship out there (certainly has a lot of sails). But they are now about to embark on a journey through unmapped and treacherous waters. Let's hope they don’t get lost.