The bicycle for the mind

Why Steve Jobs was right, but half a century too early 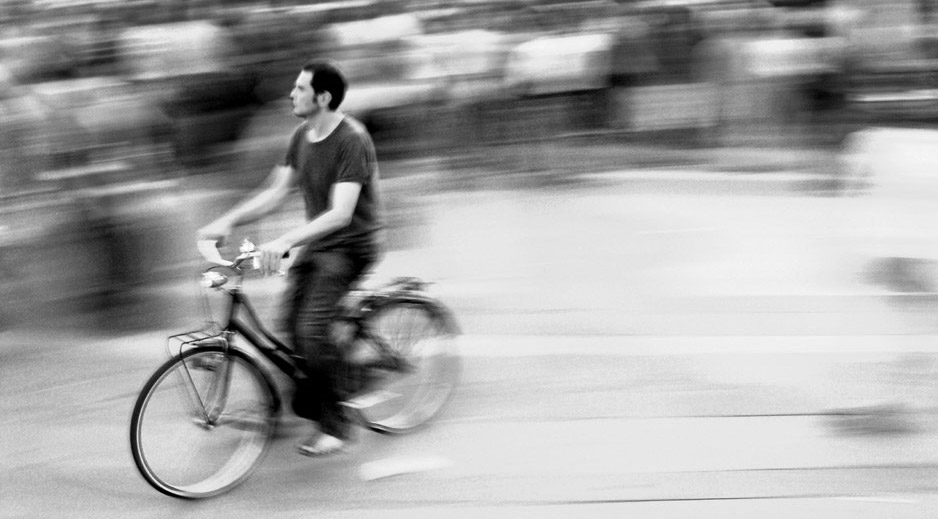 In 1981, Steve Jobs famously compared computers to “bicycles for the mind”—although in all likelihood he meant only Apple computers. The metaphor was born when he chanced upon an interesting chart, showing the efficiency of locomotion for various animals (the energy consumed to cover a certain distance). Although Steve later claimed humans were mediocre in terms of efficiency, the truth is that humans are amongst the best walkers in the animal kingdom (a direct consequence of bipedal locomotion, allowing humans to save copious amounts of energy from step to step—this is called inverted pendulum walking). Still, humans are amongst the worst sprinters, and fairly lousy long distance runners (charts). Regardless of where we stand in the charts, human ingenuity has allowed us to transcend our physical limitations, and soar high above all animals with one simple invention: the bicycle.

This is a very striking illustration of the power of human minds—allowing us to invent solutions to overcome most of our physical shortcomings. We thrive in environments we are not suited for, and repeatedly outsmart animals who would otherwise overpower us. The reason Steve’s metaphor is so compelling, is the suggestion that computers might increase the efficiency of our thinking like bicycles improved the efficiency of our walking. Being able to enhance the way our minds function would be a key turning point, leading to a staggering snowball effect, where smarter minds are able to enhance themselves further, in a dizzying spiral of increasing intelligence.

Sadly, I believe we can all agree: the personal computer revolution Steve helped pioneer did not produce the bicycle for the mind. Sure, computers may be the most important tool we have ever built—together with the internet—allowing us to connect, share and create knowledge in new ways, much like the invention of print did centuries ago. In science, computing has allowed the creation of entire fields of research and unprecedented mathematical prowess. Still, that is not enough to qualify as a bicycle for the mind. Despite making us more efficient during certain tasks, such as searching for information, or tackling specific problems, computers do not enhance our minds in a pervasive, generalised way. Perhaps computers are more akin to the invention of the wheel—a necessary stepping stone towards the creation of the bicycle, and a useful tool in itself—but carrying a wheel in your backpack does not make you walk any more efficiently (not that I have tried, mind you).

In my opinion, the main reason computers fall short of Steve's vision is our extremely limited ability to interact with them. Our minds operate at the blistering speed of thoughts. Yet, when using a computer, we cannot send instructions at our usual speed—we have to rely on a much slower approach, dragging a pointer around an interface and clicking on things, or other similarly clumsy artifices. As many frustrated users will attest, operating computers this way can be painfully slow at times, and many tasks which our minds can envision and plan out in a matter of milliseconds, may take dozens of seconds to physically execute on a machine. Technically, this means the communication between our minds and computers is low bandwidth (particularly in the brain to computer direction), preventing us from truly developing a symbiosis with them.

In order for a wheel (or two) to become a bicycle, someone had to think of a way of interfacing human bodies with this useful invention. In that case, the answer was to place a person directly above a set of wheels, where the pedals act as an optimised physical interface, drawing from the natural motion of the legs to thrust the bicycle forward. The same holds true for computers. In order for our minds to truly take advantage of them, we need to invent an interface between the mind and the machine allowing for seamless exchange of information—in other words, the pedals.

For our minds to take full advantage of computers, they need to be able to interact at their natural speed, and in their natural language—thoughts. Imagine being able to control your phone, or your laptop, by simply thinking about it. For instance, opening a photo, changing the brightness and renaming it would be a breeze—no fiddling with menus and settings. Similarly, performing an internet search would no longer require opening a browser, then a new page, and typing the query before hitting enter. Instead, a simple thought would immediately bring up the corresponding answer on screen. This way, computers would become an extension of the mind, rather than a mere tool.

We could even take this one step further—albeit by unquestionably entering the realm of science fiction: what if, instead of bringing up the answer on a screen, it was sent back to our brain directly in the form of a thought. Imagine wondering about a question, and instead of seeing symbols appear on a screen, simply suddenly becoming aware of the answer. Now that, is what I would call a bicycle for the mind.

Knowing what the bicycle is, the more pressing question becomes: when will I have one? The simple answer: sooner then you might imagine.

The missing puzzle piece to achieve this vision is an interface providing a seamless link between the mind and the machine. Such technologies already exist—we have the ability to record the brain’s activity with relative precision, and extract a bunch of information from it—but they still present many issues which need to be addressed. To illustrate how far we have already come, one simply needs to look at the recent clinical trials where such interfaces allowed paralysed patients to control robotic arms, type on a keyboard or play games directly with their minds (video). Still, solving these complex issues may well take us another decade or two, but the cold and inexorable progress of science ensures that we will get there eventually. Once we have the interface, it will only be a matter of putting the pedals and the wheels together.

When Steve jobs envisioned the bicycle for the mind, he wasn’t wrong—he was simply half a century too early.