The race for intelligence amplification is on, and we'll probably all be winners 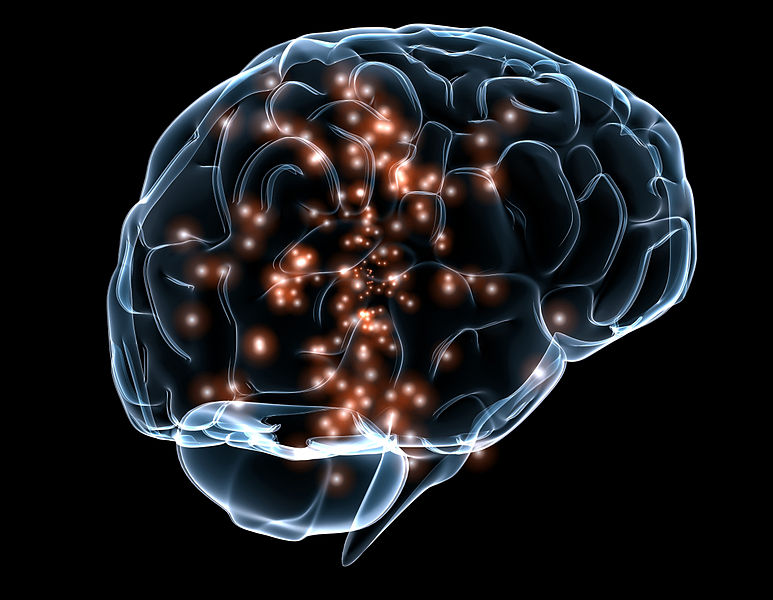 A few days ago, Elon Musk’s latest venture was finally revealed after months of dropped hints and speculation. The new company, Neuralink, will presumably pursue the futuristic sounding goal of intelligence amplification (IA), joining Kernel, a slightly older effort with analogous goals launched by Bryan Johnson. Practically, these companies will work on developing new techniques to link the human brain to computers. Although many such brain-machine interfaces (BMIs or BCIs) exist today, none of the current systems are capable of precise, large scale recording of the entire brain over long periods of time, while at the same time minimising the risks associated with the initial insertion procedure (ideally forgoing the need to crack the skull open). Clearly, in order to take any meaningful steps towards intelligence amplification, both companies will initially have to focus their efforts on creating a new neural interface, one allowing for a high-bandwidth communication channel between brains and computers.

Fittingly, these efforts arrive at a time where the field of brain-computer interfaces is ripe for momentous achievements. In recent years, following the clinical success of implantable BCI systems in humans (great examples can be found here and here), a multitude of new and promising designs for neural interfaces have been proposed. These novel designs aim to overcome the technical challenges of current generation systems, such as deleterious immune responses, tissue damage and chronic stability issues. Kernel and Neuralink are likely to be pursuing ideas which are extensions of the current state-of-the-art, possibly working on several promising approaches in parallel. Some recent and intriguing developments include: stentrodes, small electrodes inserted through the veins, making for a minimally invasive insertion procedure, brain dust, tiny wireless electrodes designed to be sprinkled throughout the brain and powered externally via ultrasound, and injectable mesh electrodes, nano-scale polymer meshes which are injected with a syringe and then unfolded in place. Considering Elon Musk’s fondness for the sci-fi term neural lace, this last approach may be what Neuralink will focus on at first.

Of course, advances in such fundamental areas as brain-computer interfaces will have far reaching implications, extending well beyond the somewhat distant goal of intelligence amplification pursued by both ventures. Indeed, if they succeed in obtaining even modest gains in the pursuit of improved neural interfaces, they will find willing collaboration partners in areas such as brain disorders treatment, fundamental brain research, control of robotic devices for paralysed patients, and many more. Although their intelligence amplification vision may be lofty and unattainable in the short term (Elon Musk mentioned a timeframe of 5 years, which is somewhere between optimistic and insane, depending what one defines as "meaningful intelligence amplification”), the immediate clinical benefits will be significant. In fact, these efforts are likely to play out similarly to the way SpaceX did—first delivering short term benefits which also happen to be financially viable (e.g. commercial rockets to deliver satellites), before eventually attaining the real goal (in the case of SpaceX, trips to Mars and beyond). Despite having directly applicable benefits, focusing communication efforts around the long term vision is smart and necessary. The hype fuels massive non-technical followings on the internet and beyond, while at the same time, articulating a well reasoned long term mission helps recruit the top minds in the field who share the same vision.

Speaking of long term vision, as Elon Musk dramatically puts it, in this case the stakes are extremely high (existential-threat-level high). With the advent of general-purpose AI around the corner (again, “around the corner” could mean anything between 5 to 100 years depending on whom you ask), the risks associated with super intelligent computers are looming ever more menacingly in the background. Beyond making entire job segments obsolete, what many are afraid of is the immeasurable harm a powerful AI could do in the wrong hands, along with the not-so-unlikely prospect that somebody may trigger an apocalypse scale disaster by mistake (Elon Musk thinks Google is a good candidate for the biggest “oops” moment in humankind). To mitigate the dangerous aspects of AI, the approach both companies are working on (and which I have proposed in the past) is to ensure that by the time we have the technology to build super intelligent AIs, we will also have the technology to seamlessly interface our brains with computers. That way, any advance in AI technology can presumably be used to benefit human intelligence directly, making it hard for AI to become independently more advanced than human intelligence. Problem solved.

As some have been quick to point out, however, it may not be as simple as that. Indeed, one could argue that the same risks associated with super intelligent AIs could be equally problematic in the case of super intelligent humans. There is no guarantee that a super intelligent person, whose motivations, thoughts and desires we cannot begin to imagine (by definition), will not decide to act in a way that is dangerous or harmful to “lesser" humans. In fact, one could articulate plenty of scenarios where intelligence amplification leads to non-desirable futures, such as hyper-segmented societies where the rich can afford to become super intelligent while the poor are stuck with stupid old human brains, leading to a widening economic divide and increasing social tensions.

Still, all this is speculation. The only certainty is that if Neuralink and Kernel succeed, the world will benefit immensely in the short-term, especially when it comes to understanding and treating our ageing brains, a challenge we will increasingly face as humans grows older. Will these companies save us from an AI apocalypse which might never come to pass in the first place? Probably yes, in fact, but only time will tell.

Tweet
Share on Facebook
Send to a Friend
←3 reasons removing fake news from social media is a terrible idea, and what to do insteadI've kept a diary for a 1000 straight days, here's why you should too→